Aruba is an island located in the southern part of the Caribbean sea 25 kilometers (15 miles) north of the coast of Venezuela and 68 kilometers (42 miles) northwest of Curacao. Aruba belongs to the Leeward Antilles, together with Bonaire and Curacao the three islands form the ABC-Islands.

Aruba is a generally flat, riverless island with an area of approximately 70 miles²/180 kilometers² (20 miles long, 5 miles wide). Aruba is widely known for its white sandy beaches on the western and southern coasts of the island, relatively sheltered from fierce ocean currents. The highest point of Aruba is Mount Jamanota at 188 meters (617 feet) above sea level.

As part of the Leeward Antilles, Aruba is characterized by its tropical climate. The dry season runs from February through June, whereas the rainy season starts in October and ends in January. The average annual precipitation is 400 millimeters (16 inches). The average and almost constant temperature are 28° C (82.4 °F). Aruba lies outside the hurricane belt but is still occasionally affected by hurricanes.

The population of Aruba is about 107,000 inhabitants. The Aruban population is made up of a variety of nationalities. Immigrants hail from Europe (primarily The Netherlands), South America (primarily Colombia, Venezuela, and Peru), the Dominican Republic, the USA, other Caribbean islands, and as far away as China, the Philippines, Suriname, and Jamaica.

The majority of the people in Aruba are Roman Catholic 81% and 3% of the population are Protestant. Because of the different nationalities on the island, there are also other religious denominations like the Seventh-day Adventist Church, Jewish Community, and Jehovah’s Witnesses.

The official currency of Aruba is the Aruban Florin (or AWG). The exchange rate is pegged to the US Dollar. The US Dollar is also widely excepted on the island. The monetary system of the island is regulated by the Central Bank of Aruba. 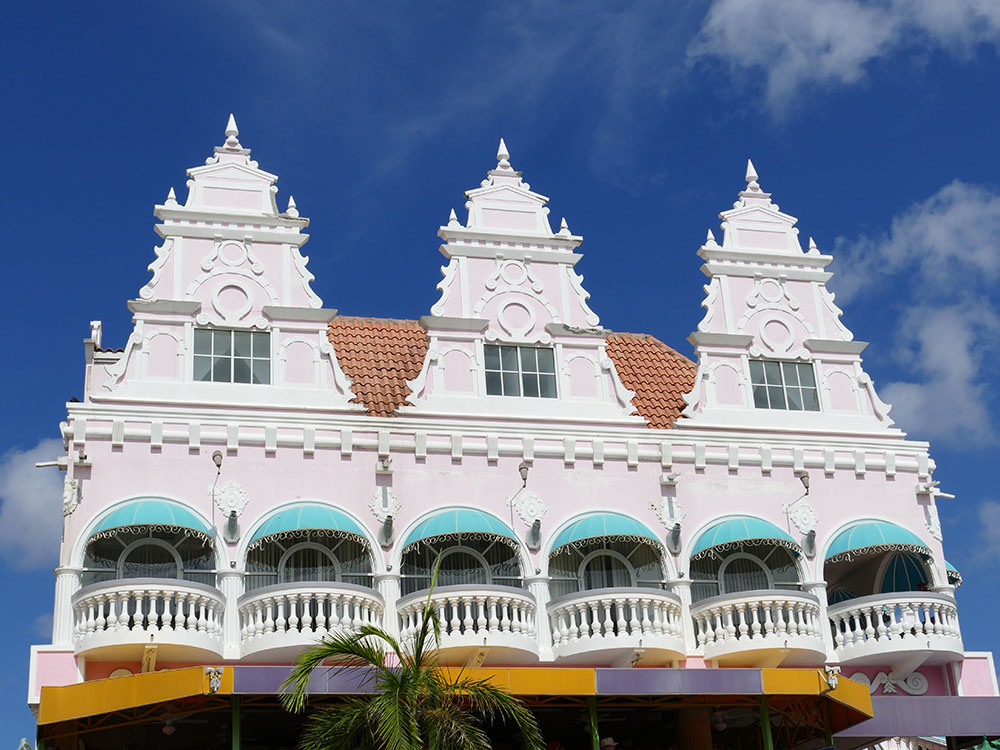 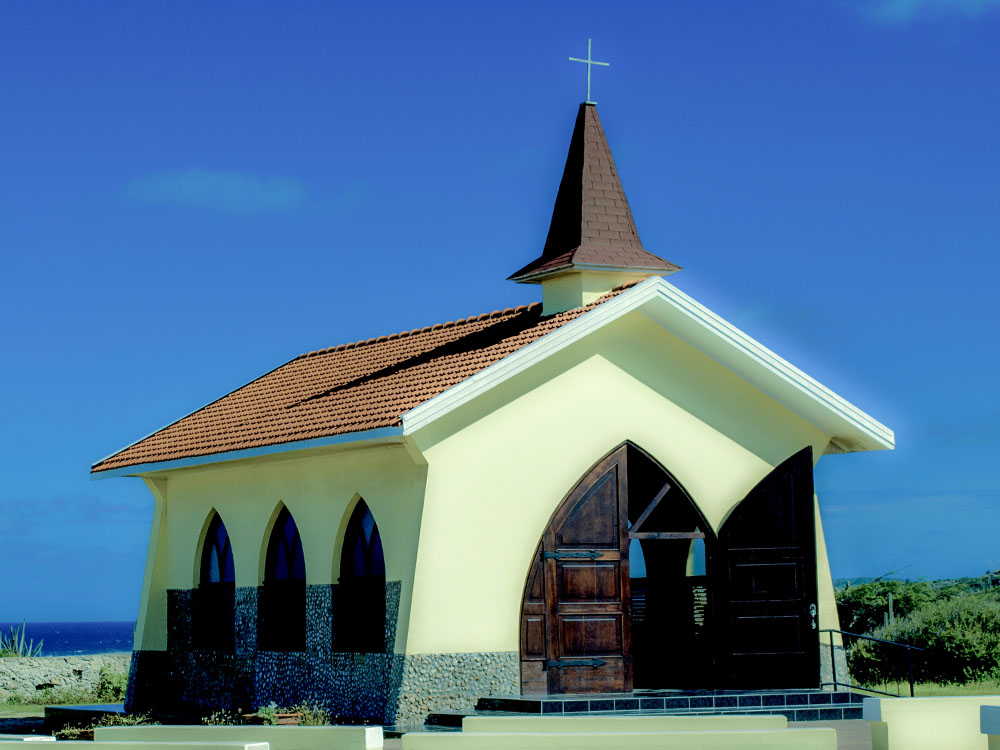 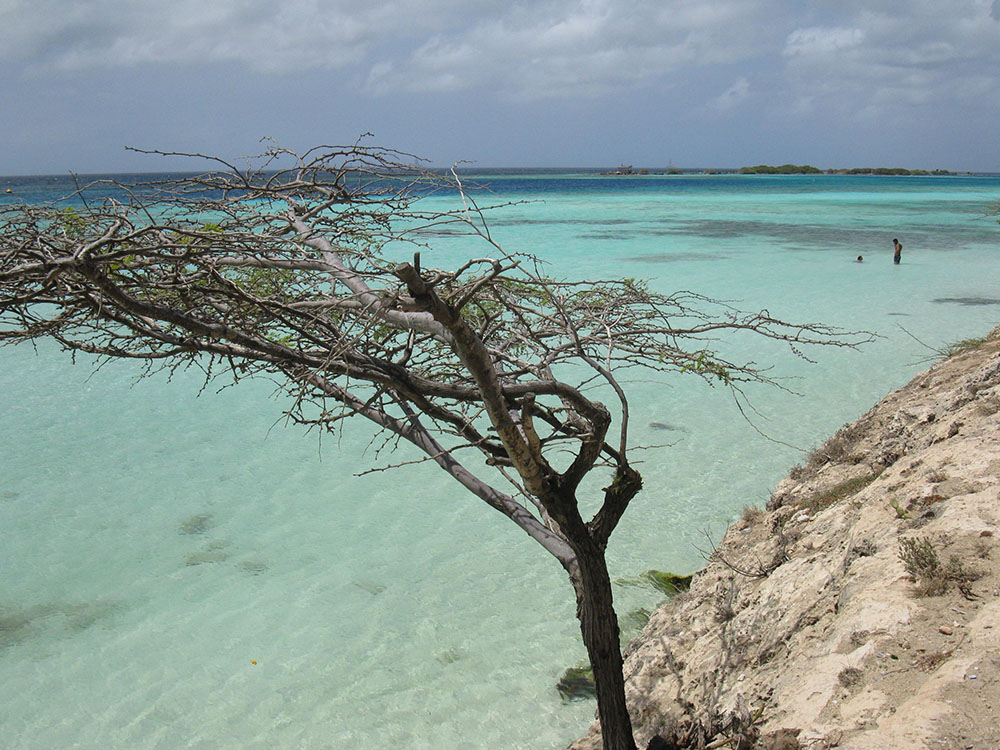 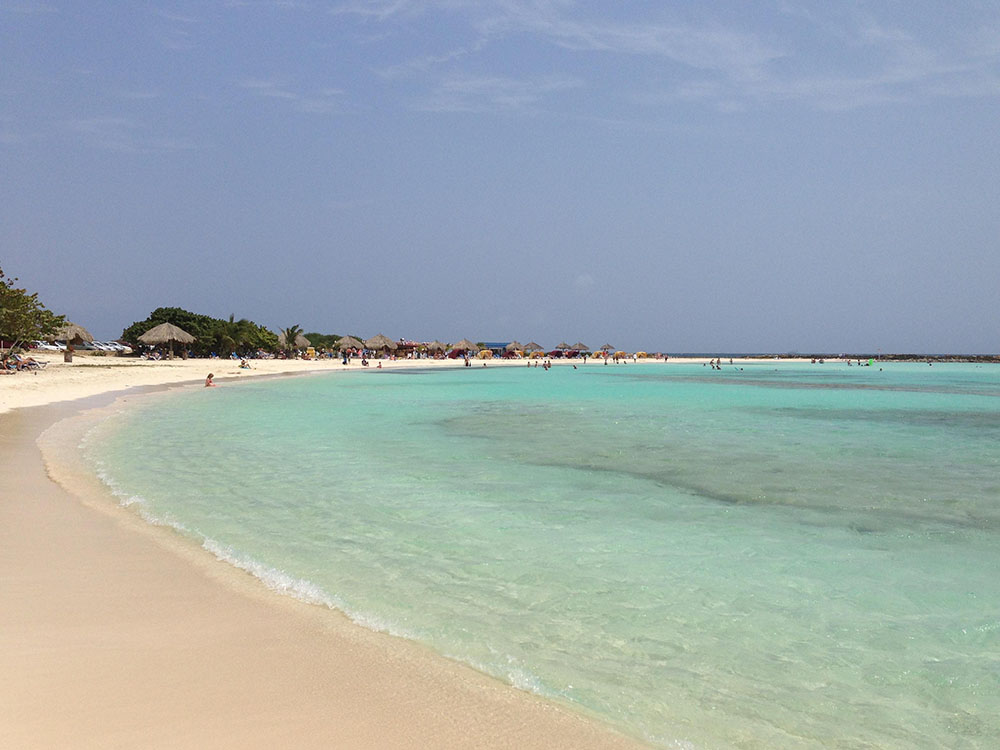 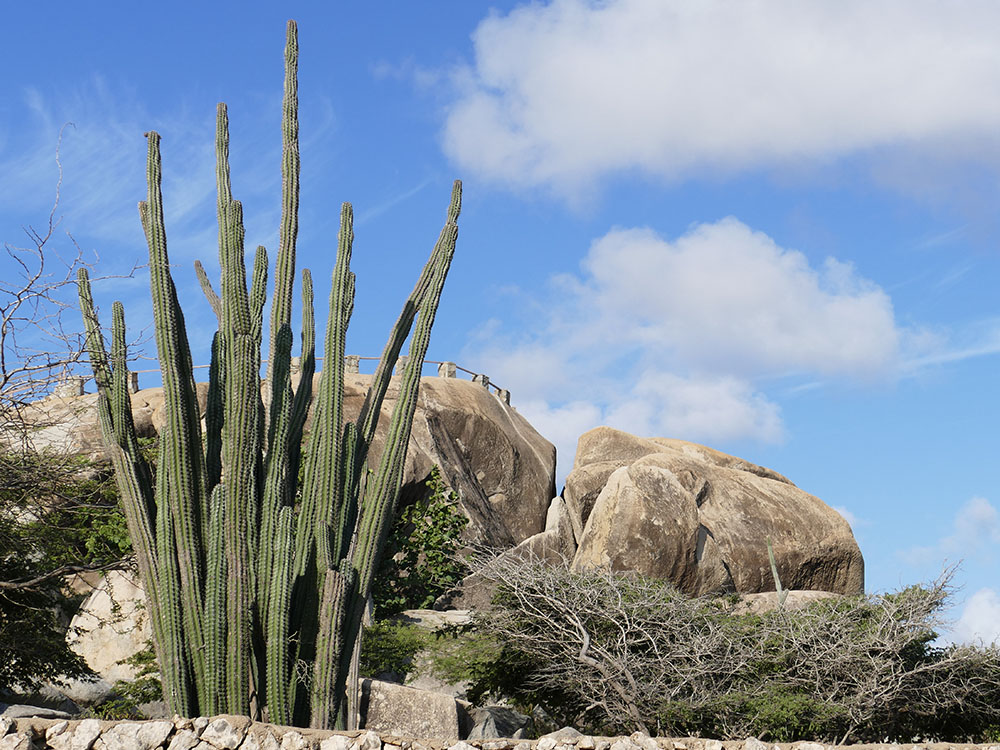